The right to know is a civil right 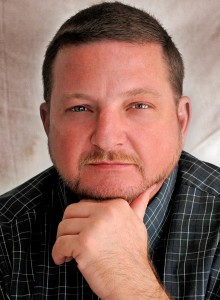 But the Sunshine is beginning to flicker.

As wonderfully broad as our Government-In-The-Sunshine laws may be, there is one fundamental flaw: a lack of enforcement.

When an official violates the public’s “Right To Know” the only meaningful option is for the aggrieved party to file a lawsuit.  Until recently local newspapers throughout Florida did most of the heavy lifting.

But newspapers are struggling for their economic survival and they can no longer afford to shoulder the burden of defending the public’s right to open government alone.

Open government litigation has always been a David-And-Goliath battle.  Public officials are able to use our tax dollars to defend their violation of the public’s civil rights.  In the past, newspapers have had the means to fight back.  No more.

Today it is becoming increasingly common for individual citizens to take up the fight.  But that’s a Sisyphean task.  Faced with the prospect of taking on City Hall, most folks simply tuck-tail and run.  That needs to change.

There are three ways the Florida Legislature can help citizens keep the public’s business in the sunshine.

First, citizens should be entitled to seek an AGO.

Floridians should be entitled to seek an Attorney General’s Opinion (an “AGO”) during open government disputes.  Currently, only a public agency or public official may ask the Attorney General’s office for a legal opinion.  Most agencies refuse to do so, which leaves mistreated citizens the choice between relinquishing their civil rights and filing a lawsuit.  Permitting wronged citizens to seek an AGO would, in many cases, avoid the necessity of litigation and serve to increase compliance with Government-In-The-Sunshine laws.

Second, citizens should be entitled to recover all of their attorney’s fees and expenses.

Under the current legislative scheme, a plaintiff who sues to enforce Government-In-The-Sunshine laws rarely recovers all of his or her expenses, even if they win.  Due to a wrinkle in the statute, once a court rules in favor of public access, the offending agency can continue to litigate over the amount of attorney’s fees.  This tactic forces the plaintiff to spend even more money, which they will never recover.  It’s a dirty trick and it needs to be stopped.

A plaintiff who wins his or her open government lawsuit should be awarded all of their attorney’s fees and expenses.  The loophole, which allows public agencies to further abuse a citizen whose rights have already been violated, should be eliminated.

Third, citizens should be entitled to at least token compensation when they win.

It is important to note that under our present statutory construction there is no economic award to the citizen who’s right to access public records and public meetings has been violated.  It’s also worth noting that everyone else is getting paid: the judge, the court reporter, the bailiff, the attorneys and the public official who broke the law in the first place.  The only person who is not compensated is the poor fellow whose rights were violated.

Establishing liquidated damages of even a few hundred dollars would encourage private citizens to make the effort (and assume the risk) of vindicating the public’s “Right To Know.”

Florida’s newspapers have laid the foundation of our right to know what is being done in our name and at our expense.  Now it’s time for the public to do its part and demand that the Florida Legislature provide the tools that will allow average citizens to finish the job.

Joel Chandler is a full-time civil rights advocate.  Chandler concentrates his efforts on Open Government issues throughout Florida and he is the editor of www.FogWatch.org (Florida Open Government Watch).