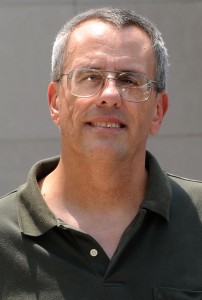 After a corporate life that included managing finances for a large company and overseeing a substantial pension fund, Curtis Lee, 58, retired in Jacksonville.

In 2009, Lee read an article in the Florida Times-Union that said the county Police and Fire Pension Fund was badly underfunded.

Lee had heard of the Florida Public Records Law, “so I knew I had the right to obtain documents.” He contacted the fund and received records at no charge.

“I read through the documents and was basically disgusted because they were wasting millions of dollars a year,” Lee says. Also, the fund’s director was “way overcompensated.” he says. “He was a retired fireman who now manages a $1.5 billion pension fund.”

Lee spoke to higher-level officials about his concerns.

Subsequent requests to the fund resulted in slow response. In their next meeting, fund officials sat Lee before a table containing requested records. Before being allowed to look at the records, Lee says, he was required to “pay $326.40 to compensate them for their time in assembling the documents” or sign a note promising to pay.

“Secondly, I had to sign another piece of paper that was $27 and change per hour for the secretary’s time in making photocopies,” he says.

Lee sued the Pension Fund in circuit court over the charges. He won, but was not awarded legal fees. He appealed for the fees and won in the 1st District Court of Appeal in Tallahassee. The Pension Fund appealed to the Florida Supreme Court, which heard the case Feb. 4. A ruling is expected to take months.

– “I didn’t expect that it would be this difficult and that things would last this long.”

– “I didn’t expect the governmental entities involved to be this contemptuous of the law.”