Sunshine Week: A Time for Celebration and Trepidation 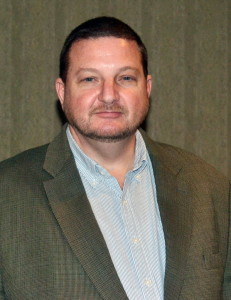 Mid-March is supposed to be a time when Floridians celebrate the importance of open government. It’s known as “Sunshine Week,” and it’s celebrated in March so as to coincide with the birthday of James Madison, fourth president of the United States, “Father of the Constitution,” and ardent proponent of open government.

Instead, March has become a time of anxiety for folks who believe in open government because the Florida Legislature is in session and the public’s right to know what their government is up to is under assault. Ironically, that assault is coming from the folks who are supposed to be defending the public’s constitutional rights, a fact that makes Madison’s words more prophecy than admonition.

Madison wrote: “A popular government without popular information, or means of acquiring it, is but a Prologue to a Farce or a Tragedy, or perhaps both. Knowledge will forever govern ignorance, and a people who mean to be their own Governors must arm themselves with the power which knowledge gives.”

Within all three branches of Florida’s government, there are folks in positions of power who don’t want citizens to know what’s being done in their name and at their expense.

Gov. Rick Scott and his staff have used private email accounts for state business, and then destroyed those public records. They have frustrated access to records, engaged in protracted litigation to delay production of records and thumbed their noses at constitutional and statutory requirements that mandate meetings be publicly noticed and accessible to anyone who cares to attend.

Gov. Scott’s ambivalence and hostility toward his constitutional obligations are so common that observers of Tallahassee goings-on have come to expect it. But even the most jaded of those observers were appalled by the apparent complicity of the Cabinet in Scott’s firing of Florida Department of Law Enforcement chief Gerald Bailey.

While the introduction of hare-brained proposals to limit public access to government records has become an annual rite of passage in Tallahassee, this year’s crop shows real imagination. Lawmakers are seriously considering passage of bills that will:

While the creativity of public officials to violate Florida’s open government laws and the capacity of legislators to create nonsensical loopholes to those laws seem boundless, the courts have generally been reliable defenders of open government.

A number of recent cases, however, suggest that even the courts have become sensitive to sunshine. Here are just two recent examples:

Access to public records and public meetings is a right and not merely a suggestion. That’s because in 1992, 87 percent of Florida voters amended the Florida Constitution and made access a civil right.

If Floridians are now unwilling to remind the state’s political leaders of that fact, we will indeed have the government we deserve.

Joel Chandler is a civil rights and open government activist who operates the online magazine Florida Open Government Watch. He lives in Lakeland.