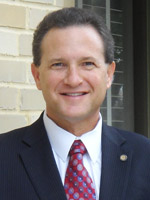 It’s not just nostalgia for a time when Democrats controlled the Governor’s Mansion, House and Senate. My interest is more centered on the incredible legacy he left the people of Florida, and why he did so.

We’re in the midst of the legislative session and I am daily reminded of the frustrating motivations that drive some elected to office. The incredible thing to me, the inspirational thing, is that Gov. Askew did not have to fight for passage of the Sunshine Law. There was no political imperative for him to make sure all of us could review the personal finances of public officials and judge for ourselves any conflicts or self-enrichment by elected officials.

Gov. Askew did it because it was the right thing to do. That was why he did so much that’s been important to our state.

Those of us now in office should take this as a model. We don’t have to make the state’s budget process more open, but we ought to. It’s the right thing to do.

Our open-government and public-records laws, most with a direct link to Askew, are heralded around the nation as among the best models available. Nearly every year, presiding officers say they’ll build a balanced budget through a transparent process.

The truth is, it’s neither transparent nor a process. Increasingly, and unfortunately, our $77 billion-plus spending plan is decided by a handful of people behind closed doors. The truth is, Democrats followed this same template when we were in charge of the Legislature. It’s not good policy and it’s not good budgeting.

From the start, when the big pots of money are allocated by presiding officers, Florida’s budget is largely a done deal. In recent years, appropriations subcommittees in both chambers present take-it-or-leave it sections of the budget. There is no building of a budget. There is next to zero input from the vast majority of members of either party during these meetings. Budget subcommittee chairs present them, dictate their contents, and pass them on.

Debate on the floor of the House and Senate is reduced to little more than theater.

Any changes happen during conference committees. Senate and House negotiation offers are recited in open committee meetings, but that’s a charade. Those public offers merely reflect the real dealing that goes on elsewhere in private offices, too often reflecting the deliberations of no more than two people.

I encourage our new presiding officers to reverse the trend. Trust your own appropriations chairs and your members to build a budget, to make choices together, to share in governing.

It is the prerogative of the majority’s power that the budget will reflect their priorities, their decisions. That’s fine. But the people deserve true openness, as well as accountability.

When presiding officers exercise their due authority, they should do so in public. If the Speaker doesn’t like the budget his committees approve, amend them on the floor of the House. The Speaker has a super-majority. He can achieve anything he wishes. His spending priorities will undoubtedly prevail. But let’s do that in the open and with the names of its authors attached.

Gov. Askew died last year, lauded as one of Florida’s finest governors. It’s true. Let’s honor him this year by building a budget that’s truly in the sunshine. I don’t care what the motivation is, but I do know it’s the right thing to do.

Mark Pafford is the Democratic Leader in the Florida House. He represents West Palm Beach, Wellington and other communities in House District 86.